THE KINDNESS OF STRANGERS

I originally posted this in January of 2009, but I was editing it to publish elsewhere and thought I'd move it to the front of my blog for anyone who missed it the first time around.

While serving as a Peace Corps Volunteer in Brazil in the late 1960’s, I used my month-long vacation time to travel by bus from the Northeast of Brazil through Salvador, Belo Horizonte, Brasilia, Rio de Janeiro, and São Paulo, then southward to Pôrto Alegre in Brazil’s southernmost state and onward to Montevideo, Uruguay. From there I took a bus to a hydrofoil that took me to Buenos Aires where a kind taxi driver deposited me at a small hotel owned by a Brazilian couple. I had learned Portuguese in order to survive in Brazil, but my Spanish was minimal.
For vacation days, Peace Corps personnel in Brazil were each allotted $9 per day. Although I spent less than my per diem allowance some days, I made up for it by purchasing local crafts or clothing ---three cashmere sweaters in Buenos Aires ---on other days.
To save money, I would catch a late bus, saving the cost of a hotel room by sleeping on the bus overnight when traveling between cities. I was in my early twenties and didn’t mind a noisy bus, even though I woke with swollen feet and a stiff neck on scheduled stops every two or three hours. I might mention that buses between major cities were modern, clean, and often more reliable than air travel in much of South America at that time.
On my way back north, I returned to Montevideo. I arrived in the capital of Uruguay around 10 a.m. on a Saturday and planned to catch a bus twelve hours later. On my first stop there, I had seen most of the sites, so I spent the rainy afternoon in Montevideo dozing in a movie theater while a very bad Matt Helm movie repeated every two hours. It was still raining when I left the theater. 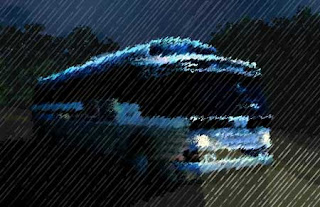 The northbound bus ride to Pôrto Alegre was supposed to last ten hours, arriving around 8 a.m. On the bus, a Brazilian boy in his late teens struck up a conversation. The boy was curious about the United States and eager to try out his English, but we spoke mostly in Portuguese throughout the long night. Because I would have to wait for about ten more hours in Pôrto Alegre to catch a bus to São Paulo, he urged me to go home with him to meet his family. I politely refused. 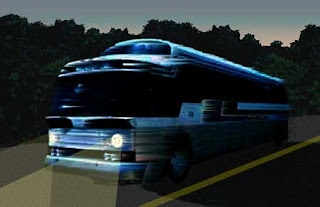 As the dawn broke the rain ended. It looked like it would be a beautiful day. At the bus station I said my good-byes, wondering what to do for ten hours on a Sunday when most of the city would be closed.
After retrieving my overstuffed luggage, I was confronted by a dozen Brazilians ---the boy’s parents, siblings, aunts, uncles and grandparents ---all insisting I visit their modest home for the day. After several polite refusals and their enthusiastic insistance, I agreed to spend the day with them. They fed me breakfast, took me on a driving tour of the sun-drenched city, gave me a huge lunch which is the major meal of the day in Brazil. The family was of Italian descent; the meal consisted of ravioli soup and pasta along with the traditional feijoada, the Brazilian national dish made with black beans and a variety of meats served over rice.

Afterwards, the family insisted I take the customary siesta, which I needed after spending most of the night conversing in Portuguese with their son. An hour before I had to be at the bus station, they woke me, thrust a huge bag lunch on me, and drove me to the rodaviaria to catch my ônibus.
Although I wrote to the entire family, thanking them for their hospitality, and later sent a few friendly letters to the boy, they never answered. In my experience, Brazilians weren’t zealous letter writers.
From Pôrto Alegre, the bus took me north through the states of Santa Catarina and Paraná, back to São Paulo where I visited my friend Henry, a Peace Corps lawyer from New Jersey. He had befriended a Brazilian Jewish family at synagogue. Henry told me the family had virtually adopted him. They invited us for dinner and to view the Miss Universe contest on television. There was no television at my Peace Corps site and electricity only four hours each night, so this was a luxury for me. Miss Brazil and Miss Israel were among the favorites to win the contest so Henry and his Jewish friends were doubly passionate about the outcome. When Miss Brazil won the title, an unofficial national holiday resulted. The family members insisted that I stay with them for a few days, but I had to be on my way.
Again, I passed through Rio de Janeiro on my way to Salvador where I planned to end my trip by attending a regional conference, bringing Peace Corps Volunteers together to share experiences, disappointments, successes, problems, and triumphs.
I hadn’t seen most of the other Volunteers for a year, yet I was not surprised to hear how many of us had experienced similar acts of hospitality from relative strangers who were eager to know North Americans and show off their own country.
Brazilian hospitality was a perfect example of how wonderful travel can be in foreign countries and what warm, friendly people one can meet. The most generous people were often those who had relatively little themselves. Such hospitable folks could rarely be encountered in a fancy tourist hotel or in the first-class section of an airplane. More likely they would be met in a local restaurant, on a bus, or in a inexpensive pensão.
After leaving Brazil, I have never encountered any of the people who showed me such warmth, but every time I have had the chance to “pass it on” I have embraced the opportunity to do the same for foreigners in the United States, especially those who may have felt a bit lonely away from home and family.
I only hope each person passed it on and the next person passed it on, so that eventually those folks in Brazil were rewarded with the type of kindness they had extended to me.
(Text and bus illustrations ©2009, C.J.Peiffer)
Posted by Carolina at 12:01 AM 6 comments: