LOSING IT IN BRAZIL 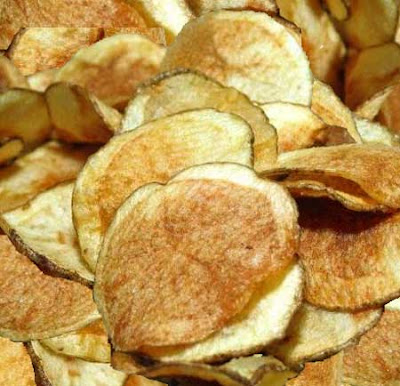 But, against odds, I lost approximately 30 pounds over the two years I lived in Brazil. I have several explanations for this.

1. First, I walked everywhere. I had no car or bike in Glória. In larger cities, I caught a bus only when I had to travel more than a few miles.

2. Everything had to be cooked from scratch. We didn’t have packaged foods. Chicken didn’t come in nice shrink-wrapped refrigerated packages. We had to buy a live chicken. When we purchased a chicken at the market, we carried it home, up-side-down, holding it by its feet. We put a bowl of water and some dried corn on the floor in the kitchen and the chicken was our house guest for a few days.
I couldn’t kill a chicken. And after living with ours for several days, I didn’t want to eat it, either. So we took it to a neighbor and had her kill one of her chickens, then we gave her our live one. She wasn’t stupid. The chicken we got from her was never as plump as the one we had purchased at the weekly market.
When it took so long to prepare food, we made less and ate less.

3. Another reason for my weight loss, was the lack of variety in food. It just wasn’t that much fun to eat. We could buy chicken, pork or beef. There was also fish, but Brunie disliked fish so we never cooked it. There were many tropical fruits, oranges, bananas, guava, and pineapple in season. The choice of vegetables was limited to potatoes, yams, tomatoes, carrots, and cabbage. Occasionally we found green beans or broccoli in the capital city but never in Glória.
The Brazilians ate almost the same thing every day. For breakfast they would have fruit, bread and coffee. For lunch (the largest meal of the day) they ate some kind of meat or fish with back beans and rice. Dinner would be soup, bread, and fruit.

4. There were no places to grab a quick meal or snack in Glória. No McDonald’s. No pizza parlors. Until a few months before I left, no one had a freezer, so there was no ice cream either.

5. Probably the biggest reason I lost weight is that there were no nicely-packaged snack foods. At a bar, one could buy hard-cooked eggs or a whole roasted chicken. At parties, hosts often served peanuts which had been boiled, in their shells, in salty water. They weren’t crunchy and roasted. I could eat them, but I didn’t like them much.
One could buy popcorn sold by children in front of the movie theater on Friday and Saturday nights. At home, Brazilians placed cobs of corn on the hot coals in their wood-burning ovens until the kernels popped while still on the cob. But there was nothing like pretzels or potato chips. So, we had to figure out how to make our own.
We tried to make taco dough, without a recipe, by hand grinding corn into meal, then cutting and frying it into corn chips. Our experiments were unsuccessful.
Next we attempted to make potato chips. The problem, of course, was slicing the potatoes thin enough. Luckily Brunie had been told before going to Brazil to pack a few potato peelers because they were unavailable in Brazil. So we peeled potatoes, then laboriously sliced them with the potato peelers into paper-thin slices, deep fried them to a golden yellow, and sprinkled them with salt as they drained on paper towels.
Everyone liked the potato chips and often asked us to make them for parties. It would take several days to make enough for even a small gathering. Not knowing what to call the new delicacy, the Brazilians just called them batatas fritas ---fried potatoes.
Now that I know more about entrepreneurship, if this had happened to me recently, I would have seen a golden opportunity to open a potato chip factory in the sertão. I might have been soley responsible for increasing cholesterol in Brazil. But at the time, it never crossed my mind.

6. And finally, one last reason I lost weight. At our final meeting in Rio before heading home, we had to have extensive medical tests. The doctor found I had roundworms. Symptoms include loss of appetite and weight loss. I hadn't had them for long because they weren't present in my previous medical tests. Roundworms are prevalent in tropical climates and can be passed from soil, from people, insects and other animals.
I had to take three horse-sized anti-parasitic pills each night for several nights before they were eliminated from my intestines. Actually I felt quite lucky. There were some volunteers who suffered from more severe medical problems, such as amoebic dysentery, that had nasty symptoms and were more difficult to cure.

Brazilians are often quite frank; they say exactly what they are thinking. Several of them told me that when I arrived in Glória, I was pretty and forte ---strong. Before I left I was magra ---thin ---and presumably less attractive. In that area of Brazil's northeast, where many didn’t have enough to eat, forte was better than magra.

Forty years later, Brazil is the plastic surgery capital of the world.