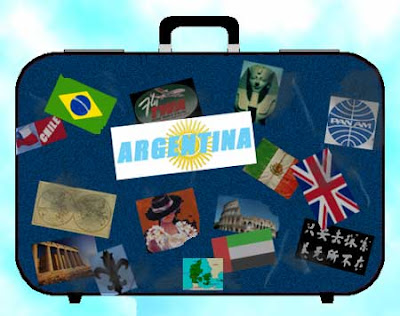 After college, I spent two years in the Peace Corps in northeastern Brazil. During my second year, I used my vacation time to travel through Brazil by bus. Although it was winter in South America, it was warm enough to swim in Rio de Janeiro, but was pleasantly cool in southern Brazil. From there, I ventured to Buenos Aires.
I learned enough Spanish to say, “I don’t speak Spanish. I speak Portuguese. Speak slowly and I will understand you.” In Buenos Aires, I somehow managed to communicate to my taxi driver that I wanted a clean but economical hotel. I don’t know if the driver knew that the small hotel was owned by a Brazilian couple, but it was a stroke of luck, making communication possible for me.
I had been traveling for several weeks and needed clean underwear. The landlady directed me to a wash tub in a dark hallway where I met an American woman laundering by hand. She wore slacks and a turtleneck which matched her dark eyes and hair, which was sprinkled with silver strands. She said, “You’re washing more underwear than my husband and I own.” Soon she and I were chatting like old friends.
Her husband had broad shoulders and was a little taller than his wife, his mustache and receding hair streaked with more gray than hers. During that week, over breakfast and for an additional hour or two each day, I listened in awe to their spellbinding travel tales. In the intervening years, I may have forgotten some of the details, but the essence of what they told me follows. I can’t remember their names, so I will call them George and Helen.

Helen and her husband had yearned to travel around the world. She was a secretary and George an auto mechanic. They didn’t have high-paying jobs that would permit them to travel in luxury. When their sons were grown, the couple sold their house and furniture, depositing the proceeds into savings. They applied for passports, arranged for immunizations, quit their jobs, and withdrew a few thousand dollars.
When their travel funds were nearly depleted, they returned to their hometown, rented a furnished apartment, found jobs, and foregoing all luxuries, worked until they were able to save several thousand dollars again. Television, library books, and travel brochures were their only entertainment. They never saw a movie while in the U.S. because the same film would be playing in foreign countries at a much lower price while they traveled. They purchased only the essentials and were soon on the road again. They went through the routine several more times and with each trip learned to make their resources stretch farther.
When we met, Helen and George were on their fifth trip. They intended to continue this pattern until their money or their health ran out.
They couldn’t describe lush accommodations or exclusive resorts, but they recounted exciting travel anecdotes that could never be found in a travel brochure. They spoke of stopping in Abu Dhabi or Shanghai the way I might mention a trip to the local mall. They almost always stayed at clean but humble hostels or hotels, but recalled a time when they had arrived at a bus station late at night in a small town in the Middle East and couldn’t find a hotel. In desperation, they arrived at the police station where they were offered an empty cell. They told me of one other night that they had to sleep in a stair well, but that was their only night of real discomfort in many years of unconventional travel. Even the jail cell had been warm, clean, and safe.
They each carried only two changes of shirts and slacks, with one set left in the hotel room to dry after washing it. The recent introduction of drip-dry fabric made laundering easy. With the addition of a plain black dress for her and a sports coat and tie for him, they could get by at all but the most elegant of events. With three sets of underwear, one good pair of walking shoes, a pair of dressier shoes, and a light water-repellant jacket and sweater, they followed the seasons, so that heavy clothing was unnecessary. Besides toiletries, the other things in their suitcases were an immersion heater coil with foreign adapters, two mugs, spoons, tea bags, instant coffee, and packages of dried soup.
Most foreign hotels included a breakfast of bread, fruit, and coffee. The couple sought out good food with generous portions at a reasonable price for lunch. For dinner, they purchased fruit, bottled water and bread, carrying them to the hotel room to consume with soup and coffee or tea.
They knew every interesting place, event, fair or festival in Buenos Aires that they could attend for free or at a very low cost and happily shared that information with me. Mornings and afternoons were spent sightseeing, attending museums, zoos, historical sights, or strolling through picturesque streets, parks, or botanical gardens. They spent most evenings writing letters to their sons, visiting new acquaintances, reading, or attending musical performances or movies.
George and Helen usually celebrated with a “night on the town” on their last evening in any large city. I doubt that they bought souvenirs of their trips. or even had a camera. Film and developing may have been too prohibitive for their frugal ways, or the bother of carrying a camera might have restrained such an unencumbered couple.
When I met them, they were waiting in Buenos Aires for a cargo steamer to dock. It would eventually transport them to Genoa. They planned to buy a used motorcycle to bike themselves to Germany where one son was stationed in the military. After staying with their son and his young family for a few weeks, George and Helen planned to roam throughout Europe or perhaps Russia, then sell the motorcycle and move on. 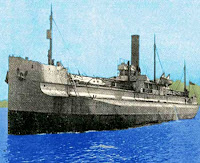 I think of George and Helen often, wishing I had the courage to follow in the footsteps of such an inspiring couple. If I had the courage to travel as they did, I’m sure it would be a wonderful escapade. But maybe I’d have to forego an extra set of clothes and carry my laptop and a camera so that I could record the intriguing details of my exotic adventures.
If they are still living, George and Helen would be in their nineties by now. I’d like to think they are still satisfying their insatiable wanderlust. If not, I hope they have settled down with the satisfaction that they did what they wanted to do and did it well. So I salute all the Georges and Helens of the world and all others who have had the heart, the courage, and the determination to achieve in their senior years the dream of a lifetime, to accomplish things that most of us would love to do but probably will never even attempt.
(©2009, C.J.Peiffer)
Posted by Carolina at 6:53 AM