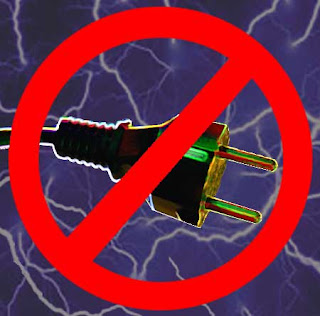 “Technology gives us power,
but it doesn't make us happy.”

(one of my husband’s insightful observations)


When I lived in the small interior town of Glória during my Peace Corps service, a generator, known simply as “a máquina” provided electricity in my section of the sertão (the Brazilian hinterland.)
Zé (short for José) ran the máquina. He was of the same political party as the mayor, perhaps a relative. I understand that for several years before I arrived, while the opposition political party was in power, Zé refused to run the generator. Once his candidate was reelected, the town had electricity again.
Well, we had electricity from 6:00 -10:00 pm.

At 9:45, the lights flicked off for a few seconds as a warning, allowing citizens to head home while the street lights were still on. For special occasions, holiday parties, or Carnaval, the máquina ran until midnight.
Once the lights went off each night, and there were only dim kerosene lanterns to compete with the heavens, one could see millions of stars in the southern-hemisphere sky. 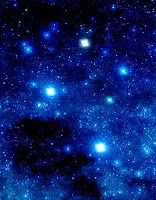 In anticipation of the coming of full-time electricity, many households had a brand new refrigerator in which people stored items they wanted to keep away from mice or roaches, until the appliances could be used for their intended purposes.
Some had purchased several refrigerators. They knew that depositing money in the bank was useless, as the interest rate was much lower than the inflation rate. After sitting for a year or so, a never-used appliance could be sold for two or three times the purchase price, less than someone would pay for a new refrigerator at inflated prices, but much more than the owner had originally paid. Thus a refrigerator was an investment, better than a savings account.
A movie theater showed old American films on a 16 mm projector on Friday and Saturday nights. A student who spoke English well, told me he couldn't understand anything in those American films. The sound on the projector was so garbled, even I couldn't understand one word. Most Glorianos couldn't read the subtitles, so the owner of the cinema allowed a few ginásio students in free so they could read them out loud for the rest of the crowd.
The theater was hot, stuffy, & uncomfortable. The hard seats were not made for long-legged Americans. At first, I couldn't read the subtitles fast enough nor understand the students who were scattered throughout the theater yelling out the dialogue. Thus, I made excuses not to attend the films. I admit I was not disappointed when the cinema had to be closed after the balcony caved in one night ---luckily, after everyone had left.  I thought, perhaps, along with the renovations, the owner might purchase a new projector, but he did not.
There were no electric meters in the homes. No one had electrical outlets until the full-time electricity arrived. One light bulb hung from the ceiling in each room and residents were charged by the number of light bulbs in their homes.

Everyone made do without full-time electricity ---or none at all if their homes weren’t wired. Almost every household listened to a radio attached to a car battery. Sewing machines had large flat pedals, pumped with the feet. We cooked on wood burning stoves or small gas appliances fueled by propane tanks. We used kerosene lanterns and kerosene refrigerators. I will never understand how a flame could keep things cold, but it did.
I lived with Brunie, another Peace Corps Volunteer, in a house without electricity. In 1968, about a year after my arrival, full-time electricity arrived, although our landlord did not install it in our home. Brunie soon ended her two years of service and returned to California, only to rejoin the Peace Corps two years later to serve in Upper Volta (now Burkina Faso.)
About 6 months before I headed home, I moved into a different house. Besides a cisterna to gather rain water, I had one light bulb hanging from the ceiling in each room. With a few outlets scattered throughout the house, I could use the travel iron I had kept in my footlocker for the previous 18 months.  In addition, a Volunteer who had returned to the U.S. and lived within a 100 miles of me at home, had loaned me his radio to listen to Voice of America.
I kept my temperamental kerosene-powered refrigerator for convenience, but the owner of the pensão allowed me the use of her freezer compartment ---unaccustomed to frozen foods, the Brazilians left most freezers empty. I purchased fresh green beans, broccoli, and other vegetables in the capital city ---vegetables no one ever saw in Glória at that time ---blanched them and stored them in plastic bags or foil in the freezer. On my way home from teaching English at the ginásio, I retrieved vegetables, meat, and the ice cubes I had made from boiled/filtered water.
Within weeks of the arrival of full-time power, two televisions arrived in Glória ---at a bar and at the bank manager's home. Even with poor reception, the bar became the most popular place in town.
The bank manager and his wife were quiet, private people, so I don't think they appreciated the attention, but they were kind and allowed neighbors to view the television from outside their open shutters.

I haven't been back to Glória since I left there in July of 1969. The city’s web site shows a much larger city with a cell tower looming in the mato outside of town. The town praças are filled with stunning tropical plants. Power lines are everywhere.
With TVs in most homes, probably fewer people gather at the Ciné Glória on weekends. I’m sure the small circus that used to arrive annually, no longer visits Glória. Just as in the film “Bye, Bye, Brazil” traveling shows can’t compete with TV.
The nightly social event, gathering in the praça to watch the movemento, has doubtless disappeared. Street lights are probably left on all night.

Most likely, one can no longer see the Southern Cross quite as clearly in those big, beautiful, Brazilian skies.

UPDATE: I returned to Glória in August of 2011.  You can read about my visit elsewhere on this blog. 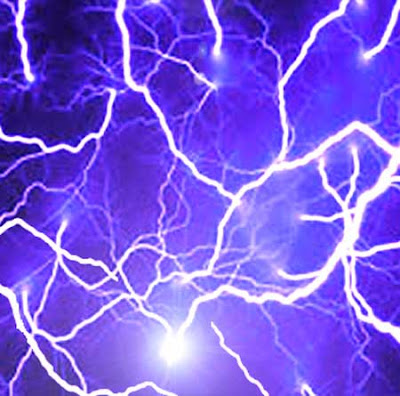